This T-Shirt is a collaboration between The Avalanches and Unskilled Worker as part of the band’s T-Shirt club.

Initially launched 18 years ago, the Avalanches’ T Shirt Club made such an impact that the band are still being inundated with requests to revive the concept. So that’s exactly what they’re doing!

The idea is simple: a new T Shirt design released every couple of months, each one a collaboration with a new and inspiring artist, and most importantly, each design run will be a once only opportunity, never to be available again. Once they’re gone, they are GONE. The li’l cherry on top is that all profits from the sale of each t shirt will go to a charity of the designing artist’s choosing.

As an act who have always prided themselves on having iconic visuals to accompany their genre melding and defying music, The Avalanches are beyond excited to kick their revamped T Shirt Club off with a collaboration with London based artist Unskilled Worker.

The London-based, self-taught artist rose to prominence via her hugely successful Instagram account. Drawing upon a broad spectrum of influences, her evocative work has an intimate quality that draws the viewer into a highly atmospheric world of childlike innocence, suggestive of darker times. Her breakthrough exhibition at Shanghai’s Minsheng Art Museum in 2015 attracted a great deal of media interest, and in 2016, the artist was chosen as one of seven leading contemporary women artists by Bazaar Art Magazine, which featured one of her portraits as the cover of its annual collectors’ edition. In 2017 the artist teamed up with Gucci for the launch of a 40-piece capsule collection featuring her paintings.

The artist’s work has attracted extensive critical acclaim and has appeared in many international publications, including Artnet, The New York Times, AnOther, Vanity Fair, Dazed and i-D. Vice Magazine wrote of the artist “her work is imbued with a powerful magic that feels difficult to capture, let alone to control and express.”

All profits from the sale of this T Shirt will go to SHUKTARA TRUST, a charity which provides a loving home for children and young people with disabilities in Kolkata, India, who have no family of their own. shuktara.org

"Collaboration and connection are what The Avalanches are all about,” says the band’s Robbie Chater. “..And there are so many great causes out there that could do with support.”

To get the latest updates about T-Shirt club news head here www.theavalanches.com 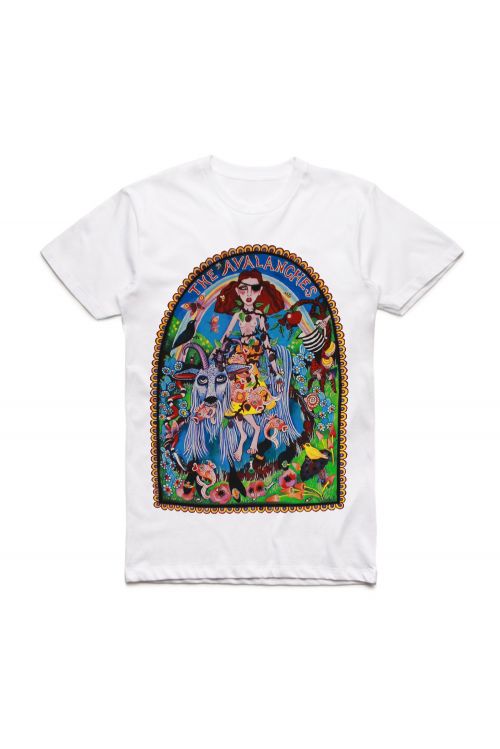 Looking for more of The Avalanches? Try these on… 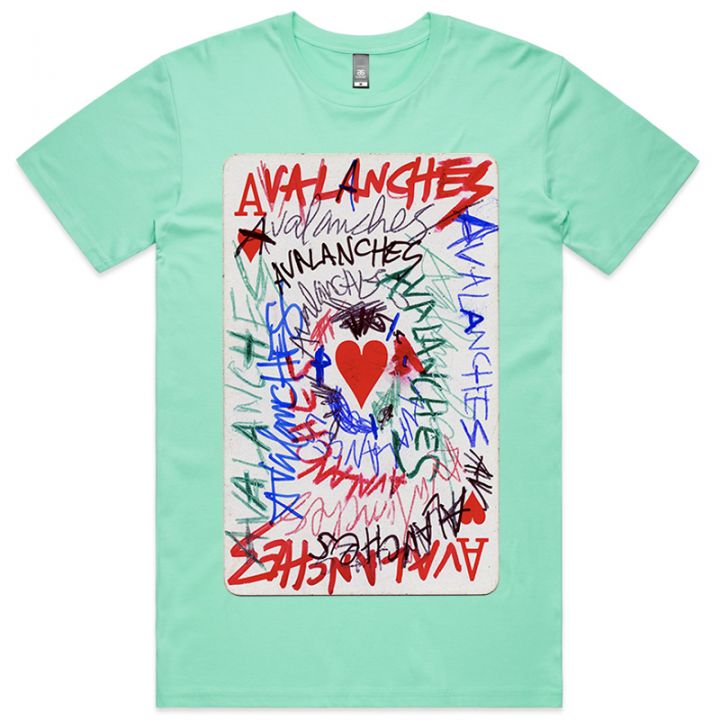 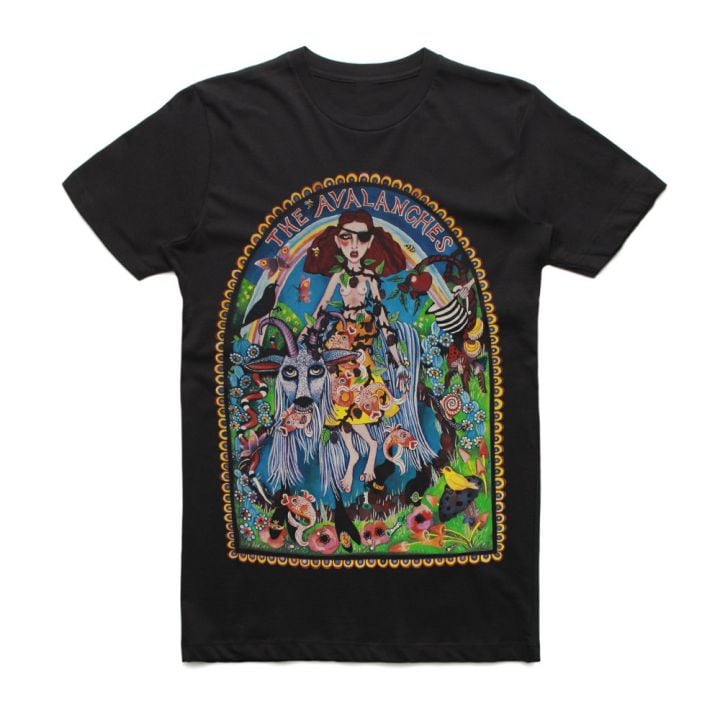 Love Police ATM acknowledge the Traditional Custodians of the land on which we work.  We pay our respects to their Elders past, present and emerging.

Bandtshirts.com.au and LP/ATM (part of the Mushroom Group) are committed to adopting sustainable practices which reduce environmental impacts, and provide benefits to communities, artists and fans.

We seek to adopt greater sustainability practices, reduce CO2 omissions and partner with culturally and environmentally conscious suppliers and partners. 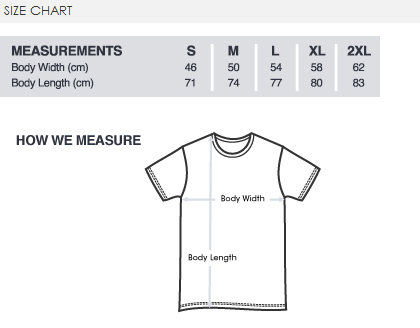